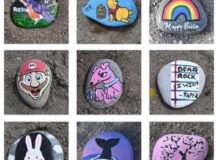 In June, the province of Ontario got a new premier: Doug Ford. His political party won the election in a landslide and has a “majority government.” That means the party Ford leads has more votes than all of the other political parties put together, and it gives them a lot of power to get things done.

Recently, Ford and his party used that power in a way that has upset some people.

It all began when Ford announced that he was going to reduce the number of city councillors in Toronto from 47 to 25. Toronto is one of the largest cities in Ontario.
Ford says having fewer councillors will make the city run better.

But people who don’t agree with Ford say he is only doing it because he doesn’t like some of the Toronto councillors. They say it’s not a business move–it’s personal. 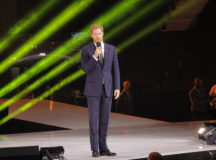 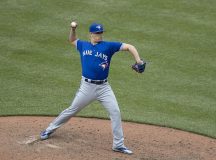 The poster says “take what you need.”
It’s common to see such posters on bulletin boards or telephone poles, advertising items for sale or inquiring about lost pets.
Normally, the rip-off tags would be a phone number or an address where you could buy the item.

One of Canada’s largest cities is focussed on a pair of rodents. Two capybaras escaped last week from a small zoo in the city.
A capybara is a South American rodent—a pretty cute-looking one—but big. In fact, capybaras are the largest rodents and can weigh up to 200 pounds.

Canadians will soon have a very different government in power.
In the federal election last week, the Conservative government led by Prime Minister Stephen Harper, was defeated.

One of the craziest, most thrilling games in major league baseball history occurred at the Rogers Centre in Toronto last Wednesday.

Canada is a hockey nation and arguably, nowhere is a hockey team more beloved by fans than in Toronto. The Toronto Maple Leafs’ fans are incredibly loyal.

Tobogganing Banned In Some Canadian and US Towns