Classes are being inspired by TeachingKidsNews.com!

Officer Helps Homeless Man
One grade 5/6 class read TKN’s article together (shared reading) about the NYPD officer who bought some socks and boots for a homeless man. Afterwards, the class had “an amazing conversation,” the teacher says, about what poverty is and how we can help. Thank you, @KaThLeEnBoNd

Caine’s Arcade
After reading the TKN story about Caine’s Arcade, one grade six class decided to make their own cardboard arcade games. One girl suggested they also hold an arcade day at school to raise money. In groups of four, the children made games using recycled materials. One afternoon they set up their games in the cafeteria, charging 25 cents per game (first four games free). In just two hours, they raised $300 for the Prader-Willi Research Foundation. 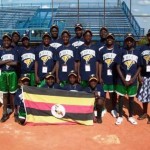 Ugandan Little League Team
One Canadian grade five/six class read the TKN story about the Uganda Little League baseball team that won its division but couldn’t travel to the Little League World Series because the kids didn’t have birth certificates. They were so moved that they contacted the school in Uganda. Their teacher arranged for the two classes to become pen pals (email pals). The Canadian and Ugandan children spent the year learning about each other’s culture.

Save Our Pools
When Toronto council threatened to shut down some school pools in the city in order to save money, some children went into action. Their trip to City Hall (in swim suits and scuba gear) was covered by TeachingKidsNews.com in this article. In the end, the budget cuts were reversed and the pools were saved. The children learned about politics and the importance of making their voices heard.

Craig Kielburger
One grade four/five class read Craig Kielburger’s TKN article on child activism. They followed up by reading the book Iqbal, which recounts the story of a child labourer whose plight inspired Kielburger to help millions of children around the world through his Free The Children foundation.

Have your students or children been inspired by a TKN article? Let us know!
Email your story to TKN@teachingkidsnews.com.