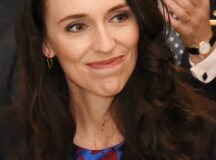 Jacinda Ardern’s Labour Party has been reelected in a landslide victory in New Zealand.

A new study says that the faces on Lego minifigures have become less happy and more often mad or sad.

The study was designed to find out if the Lego characters have become grumpier over the years.

Christoph Bartneck works at the University of Canterbury in New Zealand. He loves Lego and even worked for the company in the 1990s. He worked with another researcher on the project.

They made a note of each figure’s facial expression: happy, angry, afraid, disgusted, surprised or sad.

Lost Penguin Back In His Natural Habitat

A woman was walking her dog along a beach in New Zealand in late June when she saw something that looked like a white ball in the sand.

It turned out to be a young Emperor penguin that was very, very lost.

The penguin attracted a lot of attention in New Zealand. It has been 40 years since an Emperor penguin has been seen there.

Researchers at the country’s Department of Conservation were called in.

Many New Zealanders came to Peka Peka Beach to look at the elegant penguin.

They were careful to keep their dogs away from it so it wouldn’t be frightened.