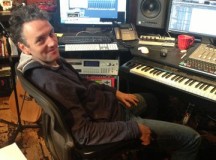 Now, kids with autism can have a better experience going to the movies.

Every year, movie stars, directors and producers flock to Toronto. This week marks the 39th year of the Toronto International Film Festival.

Nine-Year-Old Up For Best Actress Oscar

At nine years old, Quvenzhane Wallis is the youngest person to ever be nominated for an Academy Award for Best Actress.

The Academy Awards (nicknamed “The Oscars”) are given to the best work in movies each year.

Best Actor and Best Actress are perhaps the most prestigious awards an actor can win.

Wallis was just five when she tried out (or “auditioned”) for the role of Hushpuppy in the film Beasts of the Southern Wild.

For 10 days, movies from more than 60 countries were shown around the city.

Thirty-eight of them were premieres, or films that were shown in Toronto for the first time. And all the big players–famous actors, directors and producers–came out to see them, and to be seen.

A film festival is an event about movies: watching movies, making movies and acting in movies. And of course, it’s about the business of movies. Many big movie deals are made during TIFF. Storytellers meet writers. Writers meet producers. Producers meet directors. Directors meet actors. And later–often years later–a movie is made