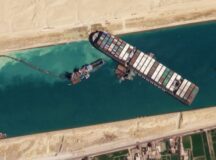 Suez Canal Traffic Resumes As Ever Given Freed

Since March 23, a massive cargo ship has been blocking one of the most important waterways in the world. 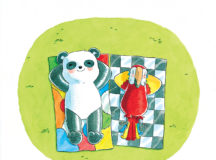 Taking a virtual tour of an ancient Egyptian queen’s tomb is One Good Thing.

Heather Gill-Frerking is a Canadian scientist who loves working with mummies.

Mummies are the preserved bodies of humans and animals.

Gill-Frerking is the director of science and education for the “Mummies of the World” exhibition at the Buffalo Museum of Science.

Greyson And Loubani Back Home In Canada

Canadians John Greyson and Tarek Loubani are home at last.

The two were in an Egyptian jail for more than seven weeks.

They were never charged with any crime. Egyptian security held them in jail under terrible conditions.

The two were in Egypt so Loubani, a doctor, could volunteer at a hospital there. Greyson, a filmmaker, was going to film his work.

Two Canadians who were jailed in Egypt have been released.

Two Canadians—a doctor and a filmmaker—are being held in a jail in Egypt.

They have been there since Aug. 16.

Tarek Loubani and John Greyson have been told that they, along with about 600 others arrested in August, will be held for 45 more days.

On August 16, Loubani and Greyson witnessed a violent clash between Egyptian security forces and supporters of the country’s former president, Mohammed Morsi.

Dr. Loubani had travelled to Egypt to volunteer at a hospital. Greyson was there to make a short film about Loubani and his work.

When they saw the clash happen, they did what they do best: Dr. Loubani started treating the wounded and Greyson filmed the incident.

Eat like they do in the Mediterranean and you’ll live to a ripe, old age. Or at least a little longer than you might otherwise have done.

A new study has found that people who eat a Mediterranean diet are less likely to suffer heart-related problems like a heart attack or a stroke.

The Mediterranean region comprises the 18 countries, plus Portugal, that border the Mediterranean Sea. It includes Spain, Greece, Italy, France, Egypt, Israel and Turkey.

People there eat lots of extra-virgin olive oil and nuts as well as fruit, fish, chicken, wine, beans and salads. They tend not to eat a lot of baked goods or pastries.

In 2011, during what was called Arab Spring, protests in the Middle East showed that many people were fed up with their dictator leaders.

One of the largest countries in which people opposed their leader was Egypt.

The protests ended when President Hosni Mubarak was driven out of office and put on trial.

But instead of trying to get everyone to agree on how to run the country, President Mohammed Morsi decided to give himself complete power over all laws and all the people.

He said this was the only way to get things done.

Again the protests started as people streamed into the streets because their rights had been removed.

Their message got to Morsi and he cancelled his plans for complete power.

Mubarak Sent To Prison For Life

Former Egyptian President Hosni Mubarak has been sent to prison for life.

Last year, as part of the Arab Spring protests* Mubarak was forced from government. He had been in power for nearly 30 years.

During the anti-Mubarak protests, Mubarak’s security forces fired on the protesters, killing more than 850 people.

Recently, a judge found Mubarak guilty of participating in those killings and sentenced him to life in prison.

Cairo, the capital city of Egypt, has a lot of traffic. Commuters often find themselves stuck in a traffic jam, unable to move.

One book store came up with an ingenious program to help the people who take taxis in the city. They call it, “The Taxi of Knowledge.”

Alef Books gives taxi drivers five free books, which they can place in the back seat of their cab.

Passengers can read a good book while they’re stuck in traffic.

The taxi driver gets to choose which books he wants. He can also trade them in whenever he wants, for different books.