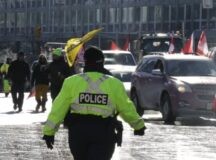 Yesterday, some schoolkids in Toronto learned first-hand what democracy is all about.

Toronto’s mayor, Rob Ford, was proposing some cuts to the city’s budget.

He said many of the city’s services should go on the chopping block to balance the city’s budget, including closing down services at: 10 arenas, three daycares, three shelters, a city zoo and a farm on Toronto Island.

The city also proposed cutting services like swimming lessons at five swimming pools in Toronto schools. That could potentially lead to the pools being closed in the future.

The parents and kids at those schools went into action to try to prevent the budget cuts.