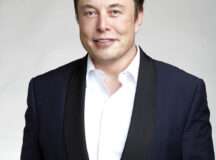 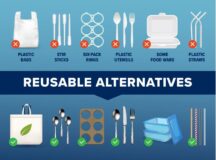 Some single-use plastics will be banned in Canada, as early as 2021.

A judge has ruled that the Muslim ban which U.S. president Donald Trump tried to put in place, is illegal. He has stopped it, at least for now. The judge said the Muslim ban was worse for the country than any kind of security problems it was designed to prevent. In other words: Trump said the ban will help, but the judge said it would actually hurt the country. So it has been temporarily stopped.

Last fall, New York City banned the sale of extra-large servings of pop and other sugary drinks in restaurants and movie theatres.

They did it to help fight the problem of obesity in the city.

The ban, which is set to begin on March 12, 2013, was proposed by New York City’s mayor, Michael Bloomberg, and approved by the New York City Board of Health in September 2012.

Under the new rule, businesses that have food-service licences – such as restaurants, theatres, delis, fast-food places, hot dog stands and sports stadiums – would not be allowed to sell pop in containers larger than 16 ounces.

People would still be able to buy supersized drinks at convenience stores, vending machines and some newsstands.

Changing the rules of hockey to reduce aggressive behaviour like bodychecking is the best way to keep kids safer on the ice, according to a group of Canadian researchers.

In hockey, body checking is when one player charges into another player.

The researchers looked at the different ways people have tried to reduce injuries among young hockey players.

They found that the most effective method is to introduce a “no bodychecking” rule, or at least raise the age when players can begin to bodycheck.

The number of young hockey players suffering brain and spinal cord injuries has increased in the past 15 years.

On some teams, as many as one-quarter of the players will suffer a concussion during a season.

These injuries are often caused by bodychecking.

Some kids in London, England are being discouraged from having a best friend at school.

Psychologist Gaynor Sbuttoni, a specialist in children’s behaviour, told a London newspaper that some elementary teachers aren’t letting students have a best friend. Instead, they are urging children to play together in groups.

The Sun newspaper reported that Russell Hobby, of the UK’s National Association of Head Teachers, said some schools there have best-friend bans.

Teachers say the reason they do this is so kids don’t get hurt if they split up with their friend.