In 1867 when Canada was created, a towering Silver Maple tree standing in front of Alexander Muir’s house in Toronto gave him an idea.

He would write a poem and a song about the majestic tree, so common in Canada and so symbolic, to celebrate Canada’s confederation.

His song was called The Maple Leaf Forever and it has been the unofficial Canadian anthem to this day.

There is a strip of vacant stores along Eglinton Ave. W. in Toronto.

The street in front of the stores is under construction.

The stores are vacant (there is no one using them) partly because of the construction, which makes it hard for people to visit the stores to shop. And if there are no shoppers, there’s no point in opening a store.

But Toronto businessman John Kernaghan looked at the vacant storefronts and saw possibilities.

New York’s Met Museum Gets $1B Donation Of Cubist Art

His postcard collection eventually grew to include more than 120,000 postcards. Last year, the Museum of Fine Arts in Boston exhibited 700 of them.

But postcards weren’t Lauder’s main artistic interest. He became more interested in Cubist art, by artists such as Pablo Picasso. He collected Cubist art for 37 years and built up a collection of 78 famous works.

Last week, he decided to donate his collection of Cubist art to New York’s Metropolitan Museum and to create a new research centre for modern art.

Lauder’s collection is worth more than $1-billion.

Some of the paintings are “the best and most important works of the four pre-eminent Cubist painters—Pablo Picasso, Georges Braque, Fernand Léger and Juan Gris,” according to a statement from the Metropolitan Museum.

Lauder, 80, comes from a very wealthy family. He is the son of Estée Lauder, who co-founded the Estée Lauder cosmetics company.

Lauder said he is donating his collection as “a gift to the people who live and work in New York and those from around the world who come to visit our great arts institutions.”

Some of Cirque du Soleil’s performers will soon have their feet on the ground.

That’s because the fantastical circus company is laying off 400 employees.

Cirque employs about 5,000 people around the world, doing more than 100 types of jobs including performing.

Most of the lay-offs will be at the organization’s Montreal headquarters, according to an article in the Globe and Mail.

Cirque du Soleil is a famous Canadian performing troupe. According to Wikipedia, they describe themselves as “a dramatic mix of circus arts and street entertainment.”

They were founded by two former street performers, Guy Laliberte and Gilles Ste-Croix, about 30 years ago. 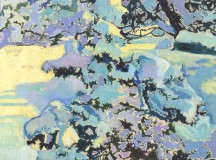 Happy Holidays, From Your Team At TKN

Thank you for reading Teaching Kids News and using it in your home or classroom.

During the winter break, please enjoy our archives. There are more than 400 great articles on lots of topics.

Type a key word into our Search box or click on a topic in the “tag cloud” on our home page.

There are lots of articles kids will enjoy in categories like sports, animals, science, space, England, United States, Canada and yes, even politics.

Please also look at our new “In-Class Ideas” section (tab in the upper menu on the home page). There are some terrific ideas for in-class and homeschooling work based on articles from TKN. These are projects that other classes have done successfully with their students. Fun!

Have a great holiday season, and we’ll see you in the new year.

They had a hunch that on a wall behind Vasari’s mural, another mural might be lurking — one painted by the famous Italian artist Leonardo da Vinci.

The researchers were right.

They put a probe with a camera on it through the first mural.

Underneath, they found the Leonardo painting, The Battle of Anghiari.

The research team was led by scientist Maurizio Seracini and included specialists from the National Geographic Society, several universities and the City of Florence.

A mom in Japan has found a way to document her daughter’s dreams.

When baby Nuno sleeps, her mom builds a fun scene around her, using everyday objects such as clothing, hangers and vegetables. Then she lovingly photographs the quirky artwork.

Mami Koise, a cartoonist, says the pictures are what she thinks her baby is dreaming about.

She started doing the artwork to send it to her husband, who often worked late at the bar he owns. She wanted him to see his daughter even when he wasn’t around.

Beth Feeback, who lives in North Carolina, knows how to find a good bargain. In fact, she recently turned $10 into $34,375.

Feeback shops at Goodwill, a thrift store, where people can buy used clothing and items cheaply.

Last April, Feeback was combing Goodwill for a nice warm blanket. Instead, she stumbled on two large paintings that she felt she’d be able to paint her kitties on–after painting over them, of course.

She paid $9.99 for the paintings and took them home. It wasn’t until five months later that she fetched them to recycle them into cat paintings.

But something caught her eye on one of the paintings.

There was a sticker on the back of the canvas that said that the painting–a red diamond with blue and white stripes–had come from the Weatherspoon Art Museum at the University of North Carolina.

Pianos And The Pan American Games

The Pan American Games are coming to Toronto, Ontario in 2015.

The Games are like the Olympics, but only athletes from North, South and Central America and the Caribbean compete.

It is different from the Olympics because it celebrates culture as well as sports. And that’s where the pianos come in.

The Games don’t start for another three years, but last July a Pan Am project called Play Me, I’m Yours, put 41 painted pianos around Toronto.

The pianos stood for the 41 countries and protectorates belonging to the Pan American Sports Organization. (Protectorates are countries that have their own government but also get protection from stronger countries.)

Each piano was decorated by an artist who lives in Canada but was born in one of the 41 countries.

The pianos were placed in public parks, streets and squares.

Play Me, I’m Yours invited everybody to play. It didn’t matter if you were piano teacher or could only play Chopsticks.

For 10 days, movies from more than 60 countries were shown around the city.

Thirty-eight of them were premieres, or films that were shown in Toronto for the first time. And all the big players–famous actors, directors and producers–came out to see them, and to be seen.

A film festival is an event about movies: watching movies, making movies and acting in movies. And of course, it’s about the business of movies. Many big movie deals are made during TIFF. Storytellers meet writers. Writers meet producers. Producers meet directors. Directors meet actors. And later–often years later–a movie is made