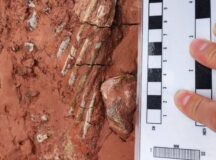 The province of Newfoundland and Labrador has its first female premier.

Kathy Dunderdale made history on Tuesday as she led her Progressive Conservative party to its third majority in a row.

A “majority” means the PCs have more seats in the legislature than the other parties combined.

Having a majority often lets a government do more of the things it wants to do, because its projects won’t get voted down by the other parties.

Dunderdale has been Premier of Newfoundland and Labrador since Dec., 2010. She is only the sixth female premier in Canada’s history.

Will And Kate To Tour Canada

Britain’s newest royal couple is coming to Canada this summer.

Their Royal Highnesses The Duke and Duchess of Cambridge – also known as Will and Kate – recently got married in a very high-profile ceremony in England.

Now they are taking their first official royal tour as newlyweds, and they’ve chosen Canada as their destination.

While Will has been here twice before (in 1991 and 1998) it will be Kate’s first time visiting Canada.