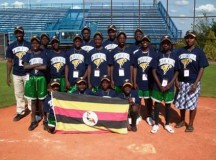 The Euro’s Tenth Birthday Not A Happy One

This year, the “euro” celebrates its tenth anniversary.

The euro is a unit of money (or “currency”) that is used by 17 countries in Europe.

It wasn’t always that way.

Before the euro, every country had its own currency.

For instance, France had the franc, Italy had the lira, Germany had the Deutschmark and so on.

The euro was created in 2002 when a group of European politicians and financial leaders decided it would be helpful if they had the same type of money.

The idea of the euro was to make it easier for countries to buy and sell more easily between themselves, because they would all be using the same currency.

There were many fascinating news stories in 2011.

Today and tomorrow TKN takes a look at some of the most significant news stories from the past year.

The year 2011 may be known as the year of “dissent” – the year people protested. In a number of Arab countries — including Tunisia, Egypt, Bahrain, Syria and Libya — people took to the streets to protest against their governments and many leaders were ousted.

It was known as the Arab Spring.

There were other protests closer to home. In North America and many other places around the world, young people rose up to protest the growing difference between the rich (the one per cent) and the rest (the 99 per cent).

Some of Toronto’s most popular sports teams including the Maple Leafs, Raptors, and Toronto Football Club have new owners.

They have been bought for more than $1-billion by Rogers Communications and Bell Canada, two Canadian companies that sell phones and TV and internet services. Bell and Rogers also own the country’s two main sports-only channels, TSN and Sportsnet.

Harper And Obama Agree On A New Border Plan

Canada and the United States are working together to make it easier for people to travel across their common border.

This week, U.S. President Barack Obama and Canada’s Prime Minister, Stephen Harper, agreed to a “cross-border plan” to make it easier and quicker for Canadians to travel to the U.S. It will also help companies in both countries to do business together.

Harper has agreed to a “common perimeter”–a type of border all around North America–so more careful checking can be done on who and what comes across the borders from Canada. Canada has also agreed to get more information about people when they come into Canada from other countries and to put in American-style bomb detection machines for checking luggage.

New $100 Canadian Bill Has A Window

The Bank of Canada introduced a new $100 bill recently – and it has a window in it.

The back of the bill celebrates innovation in medical research, including the Canadian discovery of insulin, which is used to treat diabetes.

On Monday, the “Occupy Wall Street” protesters at Zuccotti Park in New York were evicted.

“Evicted” means made to leave. Anyone who didn’t leave the park was forcibly removed by the police.

The people in the park had been there for months. It was a peaceful protest against what they see as the gross differences in wealth between the “one per cent” of very wealthy people and everyone else (the “ninety-nine per cent”).

Zuccotti Park is owned by a company called Brookfield Properties. Brookfield had allowed the protesters to camp there since September.

Now that the protesters are gone, Brookfield is cleaning up the park. Brookfield said in a letter to New York’s mayor the park had become “unhealthy and unsafe.”

A number of countries in Europe are having problems with their finances and their leaders.

This year, four prime ministers in Europe have quit their jobs or been forced out of office.

That’s because their countries have spent more money than they make and now they can’t pay their debts.

Some of the countries are making deals with other countries in Europe and the International Monetary Fund for a “bailout.”

A bailout is a loan to a country to keep it from going bankrupt.

The richer countries agree to put in more money to save the poorer countries.