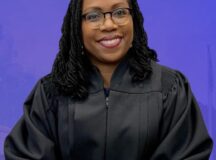 Seven young people in Ontario are taking the provincial government to court over its plan for fighting climate change.

People in Quebec are worried that Muslim women could be denied certain public services, after the government passed a “religious neutrality” bill.
The province’s Bill 62 was passed by the Quebec provincial government on Oct. 18. It says that people who work for the government in certain jobs must have their face uncovered. It also requires people who are using government services — for instance, riding a bus or using a library — must do so with their face uncovered.
It also bans public workers, like doctors and teachers, from covering their face while they are working.

The Canadian Senate is an important part of the Government of Canada, but now some senators are being investigated to find out if they took money they weren’t entitled to.

A senator’s job is to give the final approval to a bill before it becomes law.

Some Senate members have been accused of taking money for things that are not covered by their Senate budget.

The expenses of senators Mike Duffy, Pamela Wallin, Mac Harb, and Patrick Brazeau are being looked at.

Mike Duffy used to be a journalist before he was appointed to the Senate. In the Senate, he represents Prince Edward Island.

He was accused, along with the other senators, of taking money for things that he had no right to.

Mark Buehrle is a baseball pitcher who recently joined the Toronto Blue Jays.

Buehrle is an extraordinary pitcher. He is one of only 18 people in the game’s history to pitch a “perfect game.”

The Blue Jays are pinning some of their hopes of winning this season on Buehrle.

However, there is a problem. When Buehrle signed on with the Jays, he had to move to Toronto.