Something thoroughly Canadian is happening–the country is welcoming the first of 25,000 Syrian refugees. And the Prime Minister was at the airport to welcome them to their new home.

Many countries around the world are sending aid to the people of Syria. They are also trying to figure out how to help many Syrians leave the country and how to help them live in other countries.

The World Is Watching Syria

Countries around the world are trying to figure out what, if anything, to do about the situation in Syria.

The Middle Eastern country has been waging a civil war since 2011.

al-Assad and his supporters fought violently against the protesters.

The two groups have been fighting ever since.

Syria is a country in the Middle East.

Many Syrians have been protesting against its government, which has been accused of doing terrible things to its own people.

The leader of Syria is President Bashar al-Assad.

The fighting between the Syrian government and its opponents this year has been intense and very violent.

Many Syrians want al-Assad to step down as leader. They want to be able to elect a new leader. (Bashar al-Assad’s family has ruled Syria for more than 40 years.)

Problems For The People Of Syria

There is trouble in another country in the Middle East. Since January, people in Syria have been protesting against their president, Bashar al-Assad. They want him to step down. They want democracy and a better life for themselves.

The leader is fighting back. Last Monday al-Assad sent thousands of troops to a city called Daraa, in Syria, to stop the people from protesting. His army set up in the centre of the southern city and placed people with rifles, called snipers, on rooftops to shoot anyone they thought was against the president. al-Assad took this step after some politicians in the area quit their jobs to show they were not happy with the president’s leadership. 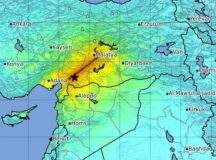 Organizations around the world are sending money and equipment to people affected by a recent earthquake.

Ancient Device for Dealing with Lice

A judge has ruled that the Muslim ban which U.S. president Donald Trump tried to put in place, is illegal. He has stopped it, at least for now. The judge said the Muslim ban was worse for the country than any kind of security problems it was designed to prevent. In other words: Trump said the ban will help, but the judge said it would actually hurt the country. So it has been temporarily stopped.

The eyes of the world are on Aleppo, a large city in Syria. A history of events in Syria In order to understand what’s happening now in Aleppo, it’s important to know the past events; here’s a brief recap. In […]