Highlights of the 2020 Tokyo Olympics. 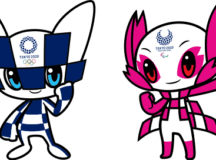 Tokyo 2020 Olympics and Paralympics: Yes or No?

Organizers say the Tokyo games are going ahead this summer, but residents are fearful because of high COVID-19 numbers.

Highlights From The 2014 Sochi Winter Olympics

The 2014 Sochi Winter Olympics came to a close on Sunday.

During the closing ceremonies, all of the athletes walked into the arena together.

At the end of the closing ceremonies, a display is always put on by the country that will host the next winter Olympics. Pyeongchang, South Korea, will host the 2018 games.

The Olympics are about athletics and competition.

However, with representatives from so many different countries coming together in one city, it is often about “politics” and “political issues” as well.

In other words, different countries have different rules, laws and beliefs.

That has been the case in Russia at the Sochi Winter Olympics.

Some Inspirational Stories From The 2014 Sochi Winter Olympics

Watching the best-of-the-best compete for gold at the 2014 Sochi Winter Olympics is inspirational.

But beyond the performance of the athletes, there have already been many other inspirational moments at these Olympics.

In true Olympic spirit he tried to keep going, knowing that although he no longer had any chance of winning, he needed to finish the race he had started.

However, his ski was broken in half.

He would end up limping across the finish line in front of the world, not to mention his fellow Russians who were cheering from the sidelines.

The eyes of the world are on Sochi, Russia, where the 2014 Winter Olympics are taking place.

Last Friday, the official opening ceremony took the audience on a Russian journey. It began with the Russian alphabet, with each of the 33 letters highlighting a famous Russian person or achievement.

Later, the athletes flooded into the stadium, grouped according to country. Canada, with 220 athletes, has one of the largest teams in this year’s winter Olympics. The Canadians came into the stadium, a sea of red, behind flag-bearer Hayley Wickenheiser.

“It’s an amazing feeling being able to carry the flag and lead in this awesome powerful Team Canada,” Hayley Wickenheiser told CBC News. “I’m a very, very proud Canadian right now. It’s great to be Canadian in moments like this; you realize how lucky we are to live where we live. I hope everyone back home is proud and enjoys the games.”

Highlights From The 2012 Summer Olympics

Here’s a look at some of the highlights from the spectacular 2012 Summer Olympics.

• U.S. swimmer Michael Phelps now holds the most Olympic medals of any athlete in history. He has 22 Olympic medals, four more than the next highest Olympic medal holder (gymnast Larisa Latynina, from the Soviet Union, who has 18).

Not only that, but he has 18 gold medals—twice as many as any other Olympian.

• Four of the world’s top badminton women’s doubles teams were kicked out of the Olympics for throwing their matches.

The women deliberately tried to lose by serving wildly and hitting shots into the net or out of the court. Why?

However, you’re not allowed to “throw” a match by losing on purpose so they were eliminated from the Olympics.